A SLICK Midlands company has discovered it can make a fortune by posing as a charitable organisation and exploiting people’s sympathy for severely sick babies.

Friends of Yours Ltd has grown into a national operation in just a few months by selling a series of flimsy booklets for £1 which say on the cover “Helping You To Help Your Baby Care Units”.

But I have established that so far only £10,400 has been given to these units – in national health hospitals – while the company has turned over many hundreds of thousands of pounds. Friends of Yours appears to have invented a scam which flouts the charity regulations. 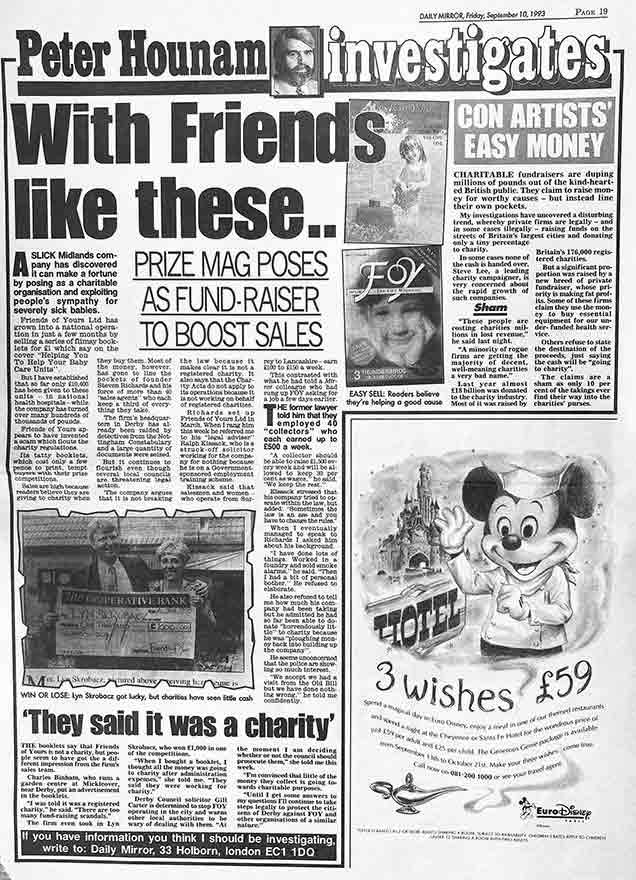 The firm’s headquarters in Derby has already been raided by detectives from the Nottingham Constabulary and a large quantity of documents were seized.

But it continues to flourish even though several local councils are threatening legal action. The company argues that it is not breaking the law because it makes clear it is not a registered charity.

It also says that the Charity Acts do not apply to its operations because it is not working on behalf of registered charities.

Richards set up Friends of Yours Ltd in March. When I rang him this week he referred me to his “legal adviser” Ralph Kissack, who is a struck-off solicitor working for the company for nothing because he is on a sponsored employment training scheme.

Kissack said that salesmen and women – who operate from Surrey to  Lancashire – earn £100 to £150 a week.

This contrasted with what he had told a Mirror colleague who had rung up FOY asking for a job a few days earlier.

THE former lawyer told him that they employed 40 “collectors” who each earned up to £500 a week.

“A collector should be able to raise every week and will be allowed to keep 30 per cent as wages,” he said. “We keep the rest.” 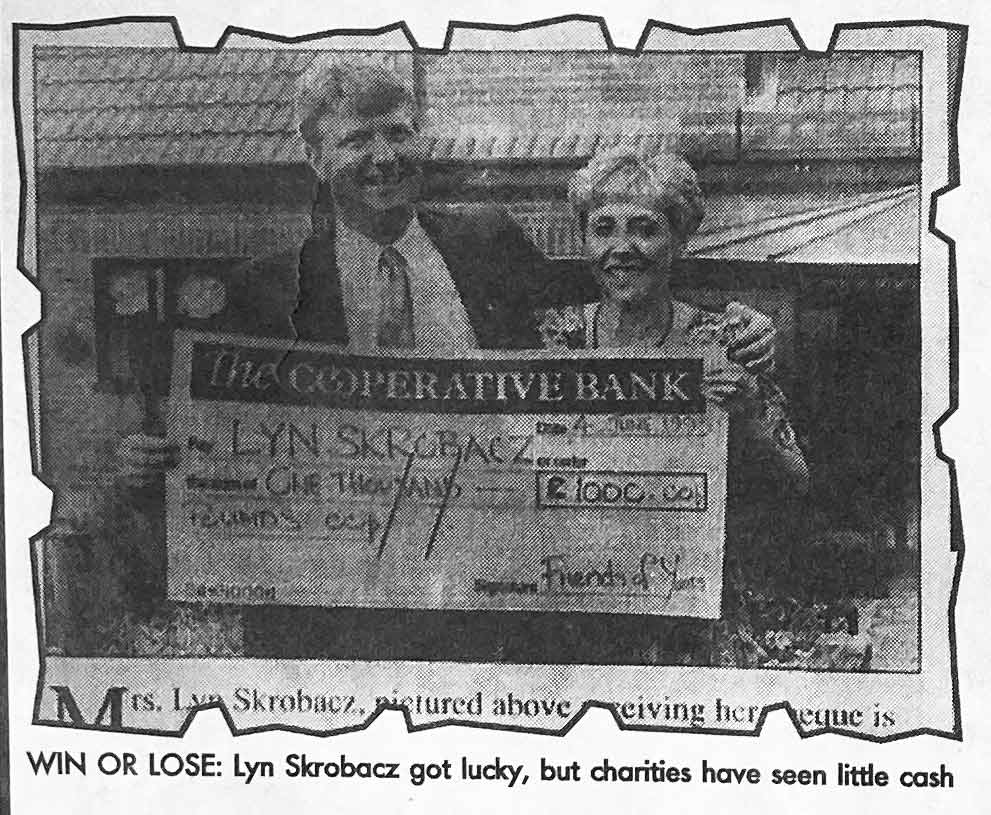 Kissack stressed that his company tried to operate within the law, but added: “Sometimes the law is an ass and you have to change the rules.”

When I eventually managed to speak to Richards I asked him about his background.

“I have done lots of things: Worked in a foundry and sold smoke alarms,” he said. “Then I had a bit of personal bother.” He refused to elaborate.

He also refused to tell me how much his company had been taking but he admitted he had so far been able to donate “horrendously little” to charity because he was “ploughing money back into building up the company”.

He seems unconcerned that the police are showing so much interest.

“We accept we had a visit from the Old Bill but we have done nothing wrong,” he told me confidently.

CHARITABLE fundraisers are duping millions of pounds out of the kind-hearted British public.

They claim to raise money for worthy causes – but instead line their own pockets.

My investigations have uncovered a disturbing trend, whereby private firms are legally – and in some cases illegally – raising funds on the streets of Britain’s largest cities and donating only a tiny percentage to charity.

In some cases none of the cash is handed over.

Steve Lee, a leading charity campaigner, is very concerned about the rapid growth of such companies.

“These people are costing charity millions in lost revenue,” he said last night.

“A minority of rogue firms are getting the majority of decent well-meaning charities a very bad name.”

Last year almost £18 billion was donated to the charity industry.

Most of it was raised by Britain’s 176,000 registered charities. But a significant proportion was raised by a new breed of private fundraiser, whose priority is making fat profits. Some of these firms claim they use the money to buy essential equipment for our under-funded health service.

Others refuse to state the destination of the proceeds, just saying the cash will be “going to charity”.

The claims are a sham as only 10 percent of the takings ever find their way into the charities’ purses.