The Attack on the USS Liberty

Steaming slowly in international waters near the Egyptian coast was the US Navy’s state-of-the-art surveillance ship, the US Liberty. In the early afternoon of June 8, 1967 (Day Four of the Six-Day-War) it was suddenly bombarded with rockets, cannons and napalm, and it was then torpedoed. 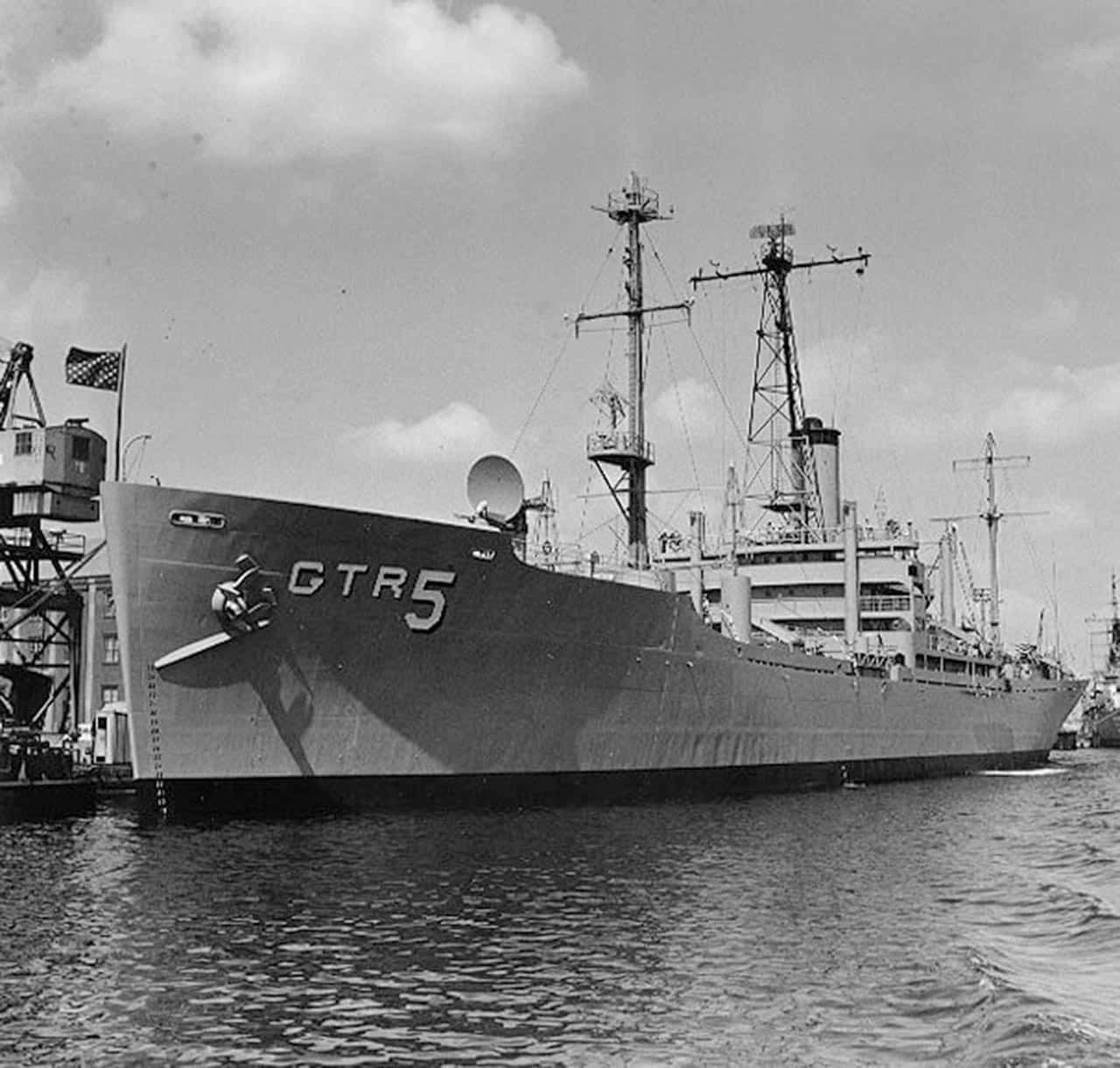 With the entire 300 crew dead and the ship on the bottom, it was intended to put the blame on Nasser’s forces – although the attackers were Israelis acting on Johnson’s orders.

But with 34 dead and 171 wounded, and with a huge hole in its side below the water line, the USS Liberty did not sink.

And here is where Lyndon Johnson’s plan unravelled. Frantically, the nuclear attack (By three A4 fighter bombers similar to the one opposite) was called off – just three minutes before the nuclear weapons would have exploded on Cairo. And a huge cover-up began.

Today this would be rather tamely called a false flag operation. But the USS Liberty attack under the umbrella of a plan called Operation Cyanide was far more than that. It was a War crime and unbelievably foolhardy venture born of hatred of the troublesome ruler of Egypt, Gamal Abdel Nasser.
His elimination would give a bloody nose to the Soviet Union, which Johnson believed pulled Nasser’s puppet strings. And such a victory would bolster the President’s flagging support in the US where the Vietnam was going badly – and help in his forthcoming re-election campaign.
“O, what a tangled web we weave when first we practise to deceive!” That sage advice by Sir Walter Scott was never more appropriate.
What happened on June 8, 1967 HAD to be kept secret because it was so, yes, wicked, and unbelievably risky. The danger of a nuclear attack on Cairo by the US would threaten a parallel response from the Soviet Union. The US was prepared, as this book also shows. The US nuclear defence shield was secretly put on alert, waiting with engines running to attack the USSR.

“O, what a tangled web we weave when first we practise to deceive!”

Making known what the US, with Israel’s help, infamously attempted to engineer fifty years ago, and by pressurising the current US administration to come clean about this blot on their history, might – just might – help efforts towards peace in the region.

Keeping tightly secret its discreditable role in aiding and abetting Israel in 1967 has meant the United States has been unable to forcefully challenge that country’s most extreme policies.

Because Israel – acting as the US’s proxy – was the main protagonist in the War meant it knew all the skeletons. A little arm twisting here or a reminder there is probably all that was needed to stifle any US pressure, and keep flowing into Israel’s coffers billions of dollars in aid and arms.

This pressure – this guilty secret – explains why the US has always been so feeble in pressing Israel’s leaders to implement UN Resolution 242, requiring the handing back of captured territory and returning the area to its pre-1967 boundaries. And why the US has been equally half-hearted in discouraging Israel’s construction of Jewish in the West Bank.

This outlines the political dimension to the events described here, but that is not the only important element. What is also revealed is a war crime – committed jointly, and in collusion, by both the United States and Israel.

I have used the words evil, sordid, wicked and dishonourable. None are an exaggeration. To illustrate this, we need to travel back to the afternoon of June 8 1967.

In summation, this book is obliged to argue that countless history books are wrong. The Six Day War in 1967 is almost universally described as a triumph for its victor, Israel.

This is a highly controversial thesis and to make the case it is necessary to address many different facets before, during and after the War.
Some events can be discerned in plain sight. They are recorded by historians but only become significant when the hidden story is added into the mix.

One is a seemingly inconsequential snippet is a meeting that took place Yitzhak Rabin and the revered former Israeli leader – Ben Gurion…
This book assembles elements like this along with hard evidence from eye witnesses of for example to the nuclear attack on Cairo – amazingly, such accounts are brushed aside by some researchers because they do not fit with cosy consensus.

So how can I be so certain?

In less than a week this tiny country, acting entirely alone, won convincingly against no less than three aggressor countries.

Here is proof beyond reasonable doubt that all these hundreds of carefully researched accounts, many by fêted academics, are in one fundamental aspect completely wrong.

This, therefore, is a difficult undertaking. I am accusing the cosy world of academia of misdescribing one of the biggest historical events of the last century. And I am accusing Johnson and his close conspirators inUS and Israel of perpetrating a dastardly act of folly.

So I am not saying Johnson was the real victor for who can argue that ended in anything other than disaster. In a sense, the Six-Day War has never ended. Today, there is no prospect of a settlement between the Israeli Government and the Palestinians. Very little of their territory conquered by Israel in June 1967 has been returned. There are now 6.5 million Palestinian People displaced in 1948 in the Israeli War of Independence in 1948 and again in 1967.

And we cannot divorce this humanitarian issue from the rise of Islamic terror groups, feeding as they do off the anger of ordinary Arab people who are baffled that world has not sorted the evils of 50 years ago and more.

So how have the history books got wrong? The answer lies in the nature of historical research – and by the purport of what I am alleging which seems so utterly outrageous and impossible to contemplate.

This story is complicated enough without the distraction of footnotes or endnotes. But that supplementary information on each chapter if available on the website: LibertyAtrocity.com – including transcripts of interviews with key witnesses, and documents. This site is also a portal for those who have further evidence to submit – to help create an archive of elements surrounding this story.

LEARN MORE ABOUT THE USS LIBERTY