Fire engines at Britain’s major airports are so crippled by mechanical failure that crews believe they could no longer cope with a major air crash.

Leaked documents show that airport officials have known about the problem for at least two years, but have failed to take urgent action. 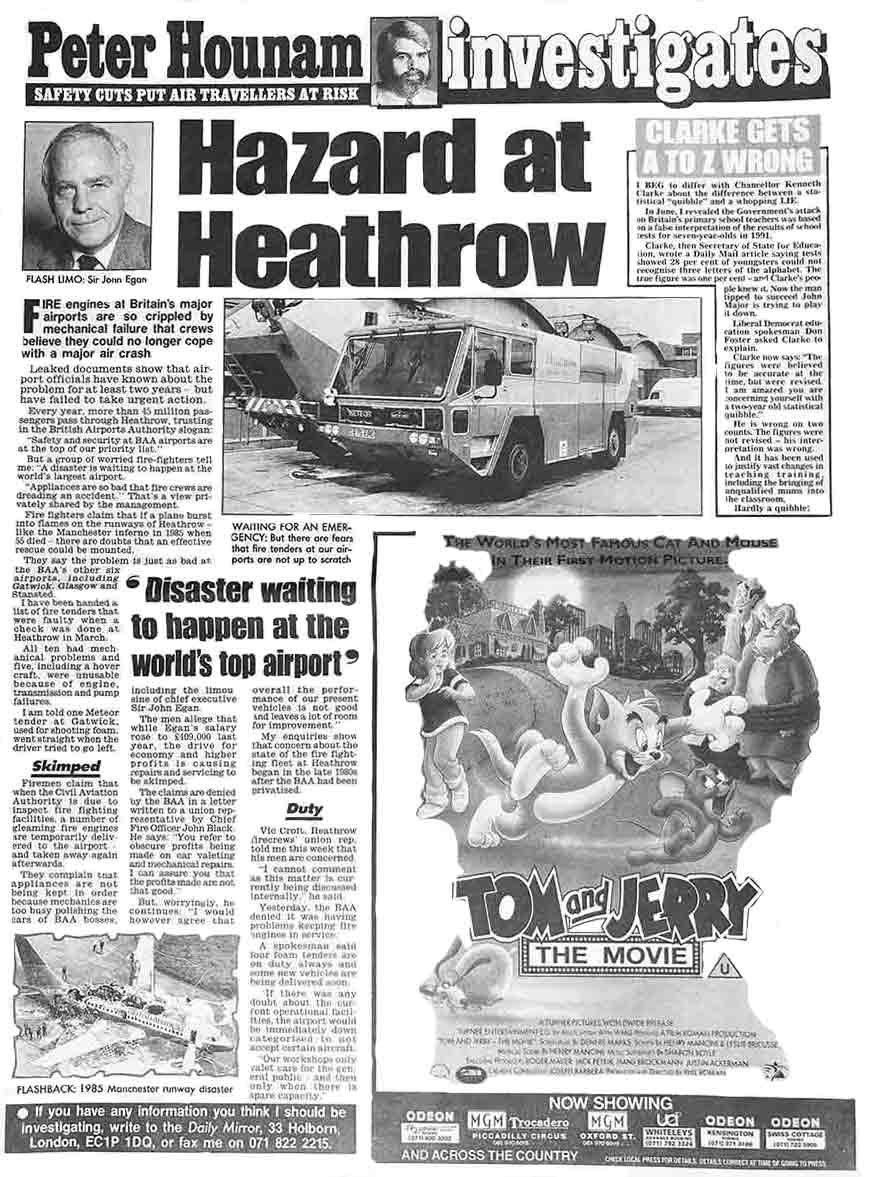 Every year, more than 45 million passengers pass through Heathrow, trusting in the British Airports Authority slogan.

“Safety and security at BAA airports are at the top of our priority list.”

But a group of worried fire-fighters tell me: “A disaster is waiting to happen at the world’s largest airport. “Appliances are so bad that fire crews are dreading an accident.” That’s a view privately shared by the management. Firefighters claim that if a plane burst into flames on the runways of Heathrow like the Manchester inferno in 1985 when 55 died – there are doubts that an effective rescue could be mounted.

They say the problem is just as bad at. the BAA’s other six airports, including Gatwick, Glasgow and Stansted.

I have been handed a list of fire tenders that were faulty when check was done at Heathrow in March.

All ten had mechanical problems and five, including a hovercraft, were unusable because of engine, transmission and pump failures.

I am told one Meteor tender at Gatwick, used for shooting foam, went straight when the driver tried to go left.

Firemen claim that when the Civil Aviation Authority is due to inspect fire fighting facilities, a number of gleaming fire engines are temporarily delivered to the airport and taken away again afterwards. 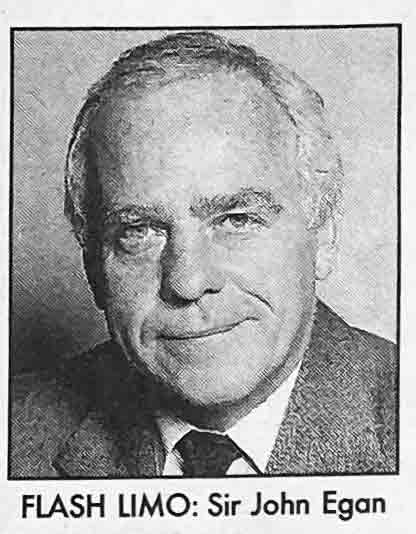 They complain that appliances are not being kept in order because mechanics are too busy polishing the cars of BAA bosses, including the limousine of chief executive Sir John Egan. The men allege that while Egan’s salary rose to £409,000 last year, the drive for economy and higher profits is causing repairs and servicing to be skimped.

The claims are denied by the BAA in a letter written to a union representative by Chief Fire Officer John Black. He says: “You refer to obscure profits being made on car valeting and mechanical repairs. I can assure you that the profits made are not that good.”

But, worryingly, he continues: “I would however agree that overall the performance of our present vehicles is not good and leaves a lot of room for improvement.”

My enquiries show that concern about the state of the firefighting fleet at Heathrow began in the late 1980s after the BAA had been privatised.

Duty Vic Croft, Heathrow firecrews’ union rep, told me this week that his men are concerned. “I cannot comment as this matter is currently being discussed internally,” he said. Yesterday. the BAA denied it was having problems keeping fire engines in service.

A spokesman said four foam tenders are on duty always and some new vehicles are being delivered soon. “If there was any doubt about the current operational facilities, the airport would be immediately down categorised to not accept certain aircraft. “Our workshops only valet cars for the general public – and then only when there is spare capacity.’

CHARITABLE fundraisers are duping millions of pounds out of the kind-hearted British public.

They claim to raise money for worthy causes – but instead line their own pockets.

My investigations have uncovered a disturbing trend, whereby private firms are legally – and in some cases illegally – raising funds on the streets of Britain’s largest cities and donating only a tiny percentage to charity.

In some cases none of the cash is handed over.

Steve Lee, a leading charity campaigner, is very concerned about the rapid growth of such companies.

“These people are costing charity millions in lost revenue,” he said last night.

“A minority of rogue firms are getting the majority of decent well-meaning charities a very bad name.”

Last year almost £18 billion was donated to the charity industry.

Most of it was raised by Britain’s 176,000 registered charities. But a significant proportion was raised by a new breed of private fundraiser, whose priority is making fat profits. Some of these firms claim they use the money to buy essential equipment for our under-funded health service.

Others refuse to state the destination of the proceeds, just saying the cash will be “going to charity”.

The claims are a sham as only 10 percent of the takings ever find their way into the charities’ purses.